Please welcome author Nicole Zoltack to It’s All O’Kaye. Nicole is here with her take on Lights in the Dark and her brand new Epic Fantasy Romance release: Blood Lust
~~ ~~ ~~ 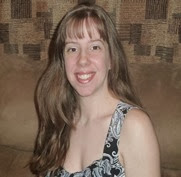 As humans, we all have dark and light inside of us. We lie, we cheat, we steal. We hope, we dream, we love.

Barbarians are fueled by their emotions, especially the darker ones. When they are engaged in battle, which given their nature is often, Bloodlust can be triggered, turning them into mindless killers. So when war seems inevitable and the chances of the barbarians surviving is bleak, Barbarian-Princess Ivy wonders if she should even try to save her people.

But then she sees some children. Despite fighting each other, they also show compassion and are helpful. There’s no ridicule or mocking. They train together and work together. It is these children who bolster Ivy’s faith in her people.

Even barbarians have some light and goodness in them, despite their darkness. Or perhaps because of their darkness? In order for there to be a shadow, there must first be light.

Will Ivy succeed in her goal? Will she ever prove to herself that she deserves to live? To love? Or will the one she contemplates giving her heart to betray her and trigger her Bloodlust? You’ll have to read BLOODLUST to find out!
~~ ~~ ~~ 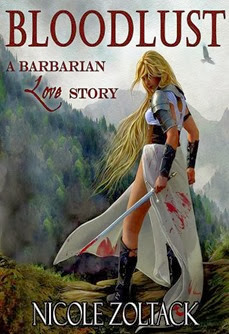 In a world torn by prejudice and hatred, six races struggled for supremacy.

Barbarian-Princess Ivy is unwilling to allow her father to provoke the other races into war and forms an unlikely alliance with Lukor the goliath to save her people from utter destruction.

Unbeknownst to her, Lukor blames the barbarians for murdering his sister and plans on sabotaging her goal.

Almost despite each other, they grow to respect each other on their journey to decode secret messages from the trolls. But nothing Ivy can do will prevent the war as her father is blinded by Bloodlust and incites it himself. Not even killing him and becoming Barbaroness can stop the tide. And when Bloodlust claims Ivy, forcing her to kill everyone in her path, she must make a choice to destroy even Lukor, who she may have started to fall for and him in return.
~~ ~~ ~~

Nicole Zoltack loves to write in many genres, especially fantasy romance. When she's not writing about knights, superheroes, or zombies, she loves to spend time with her loving husband and three energetic boys. She enjoys riding horses (pretending they're unicorns!) and going to the PA Renaissance Faire, dress in garb. She'll also read anything she can get her hands on. To learn more about Nicole and her writing, visit her blog.

Technorati Tags: Nicole Zoltack,fantasy,romance,guest post,lights in the dark
Posted by Unknown at 10:06 AM