Shadows of Blues & Echoes: Chapter One 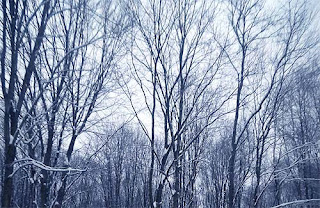 
Chapter One
(pre-release excerpt, may change in editing)


“You absolutely cannot put me on that story.”


“There’s no such thing as just a story and you know it, even if you are totally immersed in your high-brow editor job now instead of being another nobody low-life writer like me.”


Karenne brushed her long, fake, perfectly polished fingers through her wavy brunette hair. The professional highlights nearly sparkled as she slipped part of it behind her ear. “Gucci is handbags, dear, not shoes.”


“I thought they were shoes, also.” Gillian had to pause her rant to think a minute. “They are shoes, also. I know they are. I’ve heard her say it often enough. Anyway, send Sally.”


“Can you imagine Sally doing that story the way it needs to be done? She’d laugh at the whole thing. That’s why I have her on pop culture stuff and not on real stuff. You wanted the real stuff, so go do it.”


“Real?” Gillian rolled her eyes and stuffed her hands into her beige cardigan pockets. “A big time hotshot went to live in the woods and you call that real? He’s an attention seeker. So what?”


“I don’t think so, not since he goes by a different name out there, which means he doesn’t want to be associated with his past life, which means it’s a story I want. Badly. I want this, Gilly. And I want it right. That’s why I’m sending you.”


“But ... but ... he’s a man. In the woods. Alone. What kind of friend would send a defenseless girl out to find a man alone in the woods who doesn’t want to be found?”


“Defenseless?” Karenne tossed her head back and guffawed.


“You? Defenseless? That’s the best thing I’ve heard in years. Come on, Gilly. That’s another reason I’m sending you. I never have to worry about you. You’d fall from a skyscraper and end up bouncing off some big fat guy and get nothing but a scrape on your elbow. The poor guy might not be so lucky, but...”


“Real funny.” Gillian sighed and lowered onto a chair on the wrong side of the editor’s desk. The friendship card wasn’t working this time. Maybe Karenne was right about every point she made, but still ... the woods. In the mountains. Where it was cold. And had no convenience stores. And ... and it was dirty. With bugs and ... slithery things.


Karenne leaned in over her desk. “I know you don’t want to do this and I know how you hate snakes and anything else that moves around outside that’s hard to see. I know, Gillian, but you need to do this. I can’t keep you in the ‘real stories’ department if you keep doing the TMZ kind of things...”


“That’s what sells. It’s what put my name out there.”


“And yet you just complained about this super bachelor millionaire recluse story, which is, I’m sorry to say, a step above your last two pieces.”


“I wanted you to do more with them, and you know that.”


Gillian let herself slump into the fake leather chair, which she rarely did. She’d learned to hold herself up and look like she was someone so people would believe she was. In front of Karenne, she didn’t feel the need. “The subjects didn’t deserve more time than I gave them, and this won’t deserve much, either. So what? He got tired of ... whatever the hell you get tired of when you have a bazillion or whatever dollars and feel sorry for yourself for some ridiculous reason and he went to do a Thoreau thing. So what? It’s been done.”


“Everything’s been done. You know that’s not the point. Go find your angle to make this different.” Karenne stood. “Not up for discussion. This is your assigment. Go do it. You leave first thing in the morning.” She handed a long envelope across the desk, her expression saying not to argue one minute longer.


So she didn’t argue. Gillian took the envelope that would hold her plane ticket and itinerary and forced herself not to sigh again. She half thought about stomping her foot but didn’t allow that, either. She’d worked too hard to become a professional.


And Renne was right. Her writing had slipped. Her interest had slipped. It just didn’t seem to matter anymore what she wrote about or how she wrote it. No one still read the actual paper and the paper’s website got few views, especially the ‘real stories’ section. People wanted gossip. They wanted scandal. They did not want anything that made them actually think.


Why should she bother?


And yet she had to either bother, and to bother a hell of a lot better than she had recently, or she had to find a new profession. The thought of starting over, though, made her shiver all the way down her spine to her toes.


Maybe she was in a rut, but at least it was her rut and she was comfortable there.


What in the hell had happened to her?


She used to feel fire in her soul at the start of every new piece. The research made her near giddy. Going out and grabbing information people didn’t want found but that needed to be found was the biggest rush she’d ever had. At thirty-two, maybe that was pathetic. Still, it was something. Something she’d created.


It was something. But it was hardly enough anymore.


And now she had to go out, not only out of town, but way out of town into the middle of nowhere, into a world she’d escaped, to do a fluff piece about a rich guy and try to make it sound like a real story.


Life was just too grand at times.