The Bull At The Gate – Handling Characters’ Emotional Arcs

I’m happy to welcome author Linda Acaster with her take on Lights in the Dark as related to her newest release, book 2 of the Torc of Moonlight trilogy: Bull at the Gate.

I’ve read the first two books of the series and recommend them highly for any reader who loves intrigue, history, and supernatural elements. A review for the books will be posted at Elucidate Publishing.

The Bull at the Gate, Book 2 in the Torc of Moonlight trilogy, has just launched. (Click here for Buy Links) 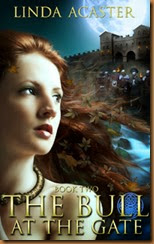 With Alice dead, Nick has moved to York, a mediaeval city of crooked half-timbered houses and tight cobbled streets where Viking re-enactors thrill the tourists. But York was once a Roman colonia that garrisoned the Ninth Legion, and the Sixth Victrix, and the stains of older, sacrificial, deaths lay buried deep in modern cellars. When a female student disappears the police start asking awkward questions about Alice, and Nick finds himself a suspect. Why has an artefact from the Temple of Mithras appeared on his desk? Could Alice and the girl be trapped together, and if he frees the girl can he return Alice to him?

The Bull At The Gate is a cross-genre novel that fits into Romantic Thriller, Crime, Suspense, Occult, Paranormal Romance... No matter the genre, I am writing about relationships, about ordinary people facing extraordinary circumstances and making decisions, and then standing or falling by the result. They take responsibility. They try to put things right.

The premise of the trilogy springs from British myth – a female water deity able to cross between planes: think the Lady of the Lake in the Arthurian legends. To modern connotations she was – is – an embodiment of Nature, of balance, which ticks to a slower clock than human beings. One particular deity, forgotten in the wilds of Yorkshire, is resurrecting herself. Neither good nor evil, she just *is*.

Because the deity is female, for balance across all three books my main character is male – Nick. In Book 1 he is a nineteen year old student who, like most of his gender and age, has no concept of his own mortality. Alice has borne losses in her life and tries to insulate herself from pain by remaining aloof. However, they are pledged by a force she senses but cannot see, that Nick comes to see but denies can exist. In so doing so, he sets them both on a path to disaster.

Despite its otherworldliness resonating in the background, the trilogy is set firmly in the real 21st century and readers can walk round York in Nick’s footsteps. When The Bull At The Gate opens it is three years after Torc of Moonlight closes. Nick does not stride from one storyline to the next as if nothing of note has occurred – he’s trying to emerge from Post Traumatic Stress Syndrome. He’s 22, been living again in the parental home, and a temporary job in York is his first step back into independence.

As the novel is primarily from his viewpoint I couldn’t label him as a sufferer because he doesn’t want to look the diagnosis in the eye. Instead I open with him experiencing some of the milder symptoms: interrupted sleep, sweats, panic attacks, low self-esteem... Not until halfway through the novel, when he is being interviewed by the police, is the label mentioned and his mental state questioned. Nick as portrayed is hardly regular hero material. Yet he is because he carries on regardless, and when the opportunity arises for him to put right the decisions he mishandled, he will not be swayed despite the toll it takes on his health.

None of us are the sum of a single character trait, though one may become more dominant during different sections of our lives. Part of the reason for each book having one historical and two contemporary storylines running parallel is to reflect one another at an oblique angle, to emphasise the ambiguity of accepting any one stance as “the truth”. 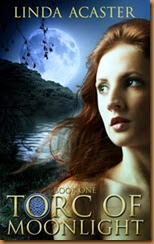 For the trilogy to work, Nick, and to a lesser degree Alice, have to evolve as people across the three books. From the euphoria of youth in Book 1 to being riddled with regret and guilt in Book 2, when Book 3 opens – three years later for symmetry – Nick has empowered himself with both knowledge and belief, and self-knowledge and self-belief, trusting them to be his sword and his shield. Life, though, no matter the plane, is never quite that simple. If it was I wouldn’t have a novel.

“..a crafted blend of Crime, Thriller and Myth makes the reader question their grasp of reality..”