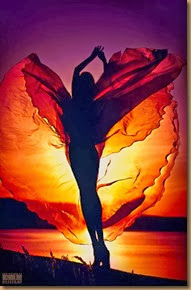 Shadowed Lights is the official title of the next Ella M. Kaye novel. As of November 29th, the full first draft is complete with 67,840 words (145 paperback pages).

Of course it needs rewriting, filling out, shifting a few scenes around and such, but the story is there, the characters are real and fully fleshed, and the setting is so active in my mind (and the story) that I’m nearly surprised when I look out the window and find where I truly am.

My debut novel, Pier Lights, was called “a visual kind of story” and this one is no different. Set in Barnegat Bay, New Jersey a few months after being by Superstorm Sandy, imagery is a big part of the story. The beauty of the Jersey Coast has been shadowed by destruction, mirroring Delaney’s destructive shadow over her own life. Delaney Griffin is a Jersey Seabird with heavy wings who longs to soar.

Sometimes it takes an outsider to step in and see the bare glowing light emanating from within the rubble and pull it out.

Eli was the man for the job. A hard-working construction expert from Indiana with plenty of experience in rebuilding, Elijah Forrester steps up to the task. He only means to help with the Jersey rebuilding and see a few undamaged sights, but the sand shifts under his feet swift and strong and puts him on a path he couldn’t have expected.

Maybe I shouldn’t share excerpts from the first draft, but I’ve never been one to be held down by someone else’s shoulds and shouldn’ts. The following excerpt is the beginning as it stands right now; it’s what came out when I sat down to write this story. Remember, it is a first draft and may change in editing, so do me a small favor and send your friends here to read if you’d like, but do not quote.

More to come as I work out the rewrites. I don’t at all mind sharing my process with readers. Have questions? Ask away! As long as it won’t give spoilers, I’m glad to answer.
-- -- ---

Eli felt his shoes sink into the damp sand as he stared out at the abandoned flooded house swept into Barnegat Bay several months ago. He should have gone out with the crew, his crew. Instead, he studied the structure from the shore. A beautiful home, former home, with an enclosed porch. One he could imagine living in, if it was farther from the water. At least far enough it would never get swept up and taken into gaping, consuming, drowning level water.

He knew, and had been told often, that you could also drown in only a tablespoon of water, but thought was so ridiculous, he brushed it off easily. As long as his feet touched something firm and his head was in the air where he could breathe, he was fine with water. He could wander the shoreline up to his waist, even up to his shoulders. But he didn’t swim. His parents had tried. Panic always ensued when his feet lifted off the bottom of the pool or lake or pond. It was impossible to swim that way.

Dread had knotted his stomach when his Indiana crew decided to go to the east coast to help with cleanup. Work was slow in his area. The idea of helping with cleanup sounded right. But ... the ocean.

Eli had never in his life been to the ocean and he hadn’t wanted to come, although he wanted to help. He wanted to work. He always wanted to work. Even when he was no more than ten years old, his greatest pleasure had been going to work with his father, helping to stir mortar and learning to apply it neatly and carefully. The praise he got for a job well done, the only time his father said much of anything, stirred his blood. Construction was in his blood. It was his life.

This... A shudder consumed him as he stared out at the vast blue green brown of Barnegat Bay, New Jersey. This was a whole hell of a lot of water. Unpredictable water. Life taking water.

An irony, he knew, even as he thought it. Water was the ultimate survival need. But like anything, too much of a good thing was still ... deadly dangerous.
-- -- --

Interested in Shadowed Lights? How about checking out Pier Lights in the meantime? It is adult fiction recommended for 18+, available at most major ebook retailers for $2.99. Or get it directly from Smashwords.com for only $1.99 with coupon code EL89S in any format you choose.

It’s not the size that matters; it’s the way you pull it out, stretch it and push it back, the way you bring it to life with gentle caresses and strong strokes and plenty of discipline. It’s all in the handling of the thing until it’s fulfilled to your best ability.

The novel, I mean, the one you write because it’s Nanowrimo month, that glorious, intoxicating, addicting, frustrating quest to bring a new life into fruition.

As any new life, your new novel will need plenty of coddling, coercing, molding, and patience to take it from the fast outpour of full-on creativity to its adulthood, that being you made out of passion from thin air, so it seems, and got ready to share with others, to send it out to the world to see where it might go, what it might achieve.

But for this month, what comes next doesn’t matter. What morning brings is besides the point.

The process of doing it, of purging your insides onto paper, is not about anyone else. It’s about yourself. It’s for your enjoyment, for your pleasure, even for your frustration and hair-pulling and fist-pounding.

It’s because you can. And you d**mned well will, too.

It’s because the pulsating, throbbing, unending need is inside begging to be let out and full satisfaction only comes with going all the way to that culmination … The End.

Sorry, Delaney and Eli have stolen my daily thoughts. 24,697 words into the push and things are heating up fast. It looks like a full first draft of a book I plan to call Shadowed Lights will come to life this month. There’s far more coaxing, worrying, pleading, and plenty of hair-pulling, heart-pounding struggle left to come, both for author and characters, but it will come. That glorious culmination.

I’m doing a few sneak previews of the first draft over at Facebook, but since I did a @NanoWordSprints 10 minute session on Twitter today and they asked for my favorite line of what I wrote, here it is:

She was over thirty and could d**n well do what she wanted with him.
(The stars are for social media only, not in the book.)

Take from that what you will.

Back to playing word passion… or Nanowrimo. Are you playing? Let me know how you’re doing.

Technorati Tags: nanowrimo,romance,spicy,writing,fiction
Posted by Unknown at 6:55 PM No comments:

On to the next… 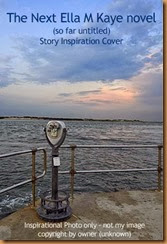 The lighthouse in this photo is implied. Actually, this is the deck of the lighthouse at Barnegat Bay, New Jersey, the setting of the next Ella M. Kaye novel.

I did title it last night, but I’m keeping the title to myself for now. The photo I used for this temporary cover was found on Pinterest, photographer unknown, and it’s on the board I set up while thinking about the story. A story board, if you will – images that will not only inspire me as I write, but will let the reader know the vague story line.

The story line is still vague to me, as well. I have my characters and the setting and basically where they will end up. The rest remains to be seen, uh, written.

That will happen this month during Nanowrimo (click link to go to my page). On Day 1, I wrote the first 2,220 words of the story. My aim is to again get a full first draft by the end of November. This is the second of the dancers in lighthouse settings book: spicy romance, but not erotica.

A short introduction to the characters (or what I know so far):

Delaney: a New Jersey girl, protector of sea life, self-taught dancer who won’t let anyone see her dance
Eli: a small town Indiana boy, construction worker, in NJ helping with Sandy cleanup, except Eli does not like water

Yes, that’s the whole basic concept. The fun is in seeing where it will go from there!