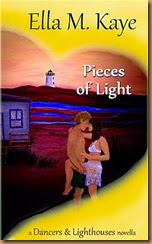 Fillan tried to put his mind off work and onto the trail he was hiking at a near jog. Thoughts of Ireland streamed back into his soul as he looked out over the fauna of Cape Cod. And the girl. Had she come home yet? Had she bothered to notice he was away? He left without word. It was fair, Fillan figured, since she’d done the same. Purposely or not, she’d left him. She said she’d return, but then, that was a fair time ago. Last summer. She’d gone on an adventure, she said, she needed something new, time to figure herself out. How he hated that phrase. He knew he’d rolled his eyes when she said it, which helped nothing at all, of course, but he hated that phrase.

Time to figure yourself out. What was that, anyway? You were who you were, were you not? What was to figure out? How insipid did you have to be to not know, toward your later twenties, who in the hell you were yet? Or at least think you knew. What twenty-something didn’t at least think he had himself, or herself, all figured out?

An excuse, of course. She could have just come straight out and said, “Fillan, you’re boring me to tears and I have to leave you now.” He could respect that.

Turning the corner of the wood plank raised path out along the Cape, he got a nice glimpse of the Atlantic and paused, leaned his forearms on the weathered-wood railing, and watched seagulls dip and rise and make all kinds of racket. Noisy, raucous birds. He liked them about as much as he liked the figure yourself out phrase. Scavengers. Bullies, of sorts. He liked small quieter birds.

But then, he liked quiet. Peace. Calm. Boring, he supposed. She was right, whether she said it or not.

“Get a real job, Fillan, would you? What kind of a job is teaching outdated dances to elderly women who are there only to enjoy cozying up to sexy young men who are paid to be nice to them? It’s a boy’s job,” she’d said. “Get a man’s job. It’d be good for you.”

With a sigh and rolled eyes – and why not, since she couldn’t see it – he continued his walk-jog along the boardwalk.

Maybe later he’d go into the heart of Provincetown and wander the sidewalks, the shops, see what he could find not too touristy but reminiscent of Cape Cod to take back to his family at the end of the summer when real life would continue, when he’d have to make the choice to contact her again or not, to continue his “boy job” or change his path. Granted, it didn’t pay a lot. It had taken him forever to earn plane fare to the States to jump on the opportunity to teach ... different old ladies, American old ladies, instead of Irish old ladies.

Well, but they weren’t so much. Many younger women were coming to ballroom dance recently. That show on the telly, Fillan supposed. He hadn’t watched it. The idea of it buggered him. He bet they made good money, though, with their for-television “boy job” – but of course they were getting hand-picked celebrity students, not regular people who sometimes didn’t know their right foot from their left.

If it was bringing people into ballroom again, though, it couldn’t be all bad.

~~~~
Pieces of Light is part of the Dancers & Lighthouses series.
Find them HERE